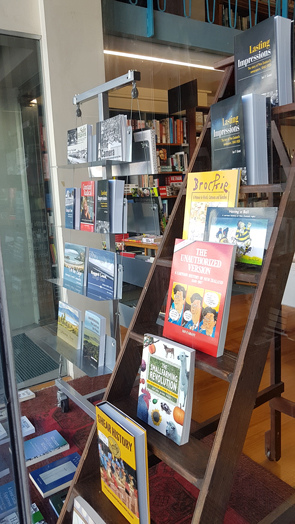 Fraser Books was featured in the window at Hedley's Bookshop in Masterton during and for some days after a function on 13 October 2018, held as part of a Library and Information Association of New Zealand Aotearoa (LIANZA) weekend school in Masterton on 13-14 October 2018. This involved 40 plus librarians from a range of libraries and sectors across the Wellington and Ikaroa (from Taranaki to Hawke's Bay) regions as well as parts of the South Island. Both Diane and Ian both spoke at the Hedley's event.

The window paid tribute to the long association between the Masterton-based publisher and iconic local bookshop, one of New Zealand's leading independent booksellers, which have worked together for decades.

Fraser Books has published 28 books for the Wairarapa Archive in Masterton as well as a number of other Wairarapa titles. David Hedley and Ian Grant have taken leading roles in the Wairarapa's 'Yarns in Barns' readers and writers festival that has been held since 2003. 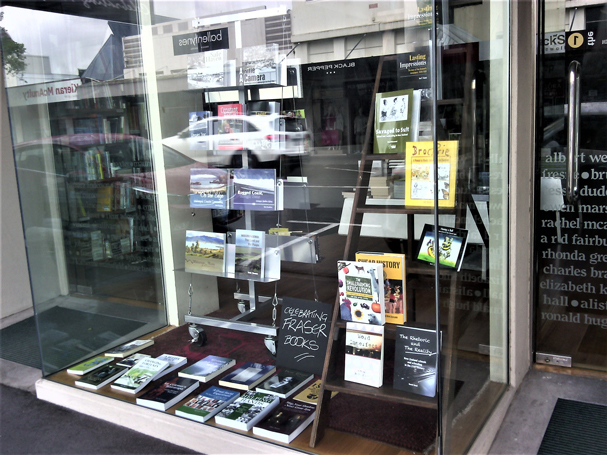